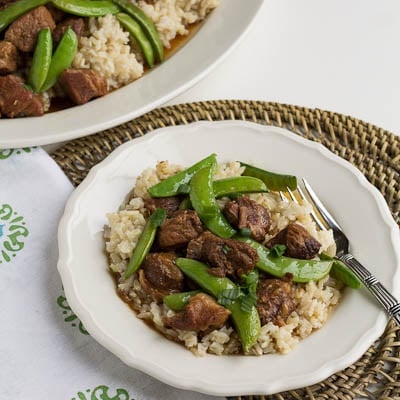 I made a few alterations to the recipe from Fine Cooking

Magazine. I reduced the amount of water added from 1/2 a cup to 1/4 of a cup. Meats give off so much liquid in the slow cooker and there’s no way for it to evaporate, so I don’t feel like there is a need to add but a little water. I also added a tablespoon or 2 of Wondra at the end to thicken the sauce up a bit. Wondra is a specially treated flour that dissolves easily in liquids without clumping.

I browned the meat first in a skillet. This step is not necessary, but I do think it adds flavor and makes the meat more visually appealing. I used dry Sherry instead of the Shaoxing, which is an ingredient I’ve never used before. Normally, I jump at the chance to try a new ingredient, but I’ve had a bottle of Sherry taking up valuable real estate in my refrigerator for several months now.

Slow Cooker Five Spice Pork makes a wonderful meal when you are tired of the same old boring meals. The flavor is unique and delicious! 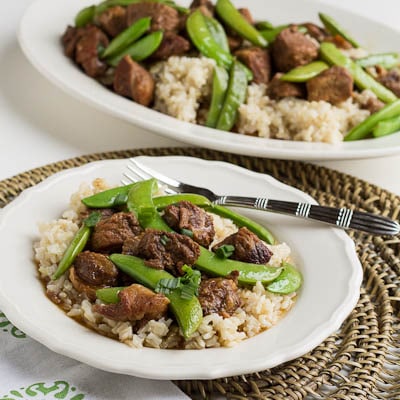 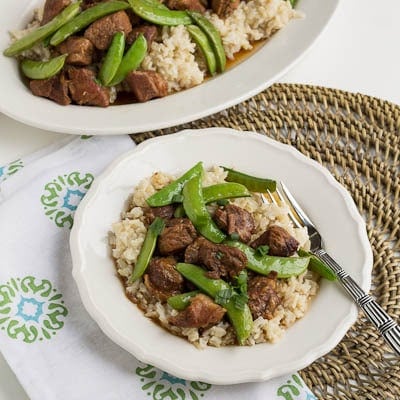 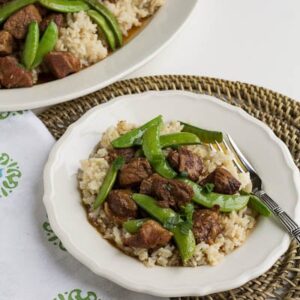