These from scratch Red Velvet Cupcakes have a bright red color, a tender texture and a luscious cream cheese frosting. 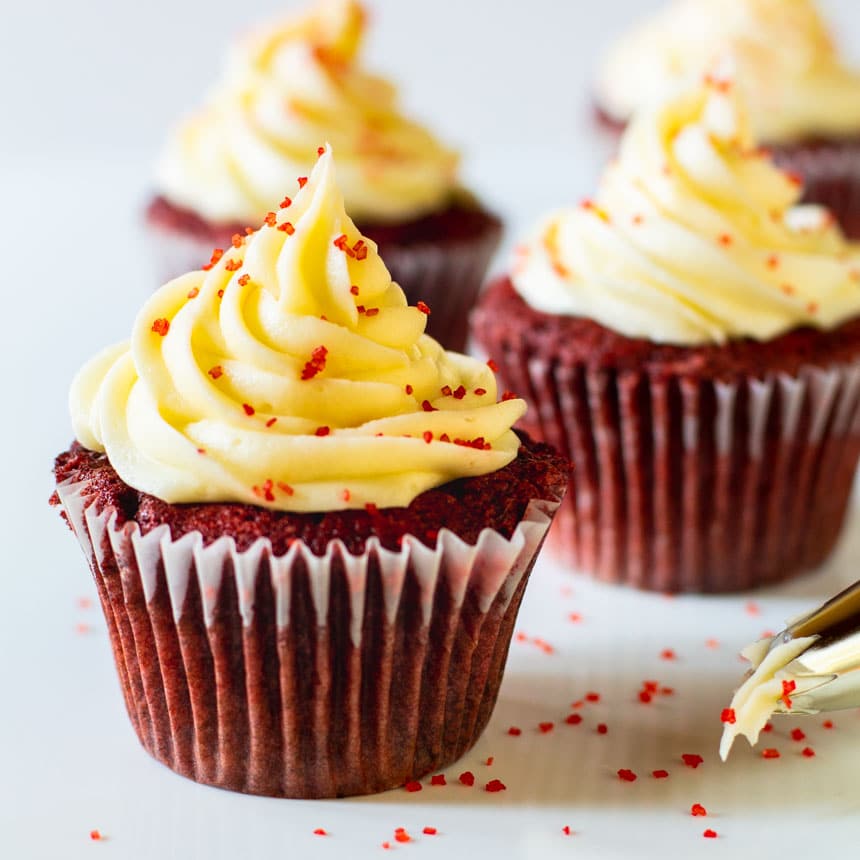 These Red Velvet Cupcakes are made from a recipe in the most recent addition to my Southern Cookbook Collection, Bless Your Heart: Saving the World One Covered Dish at a Time 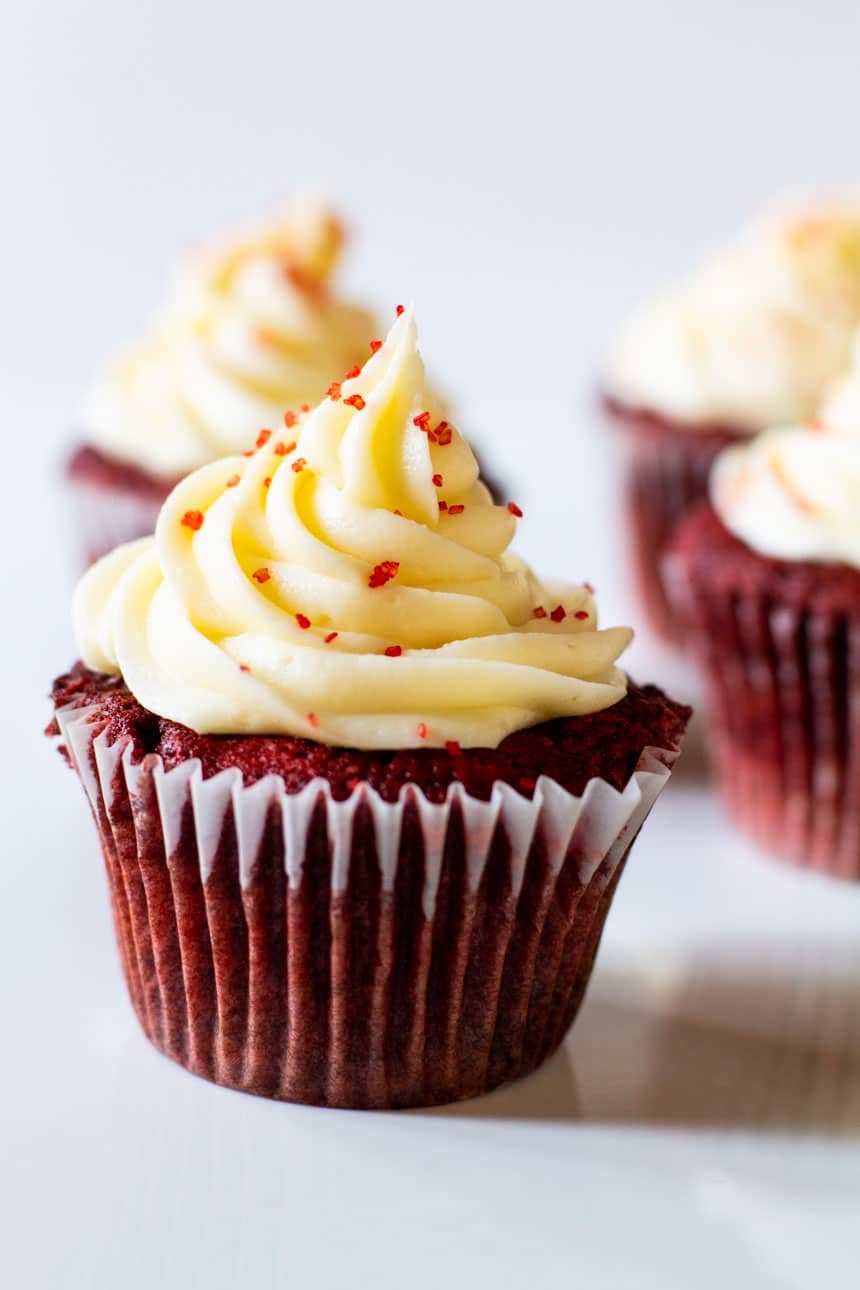 My great-grandmother went her entire life without saying an ill word about anyone, but she said lots of Bless her heart’s. It was code for she’s a no-good, two-timing you know what without a lick of sense.

Beyond having a great title, this cookbook is also filled with numerous stories and recollections from authors Patsy Caldwell and Amy Lyles 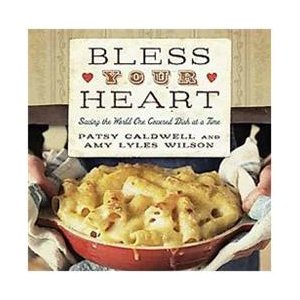 Wilson. Including this one-

“Eddie Ray Barnell, ninety-two, dropped dead in the middle of the night on a Saturday. Heart attack in the backyard. He was in his bare feet, and to this day his wife says she has no idea why he went outside. Some of us have our suspicions, but we don’t like to talk out of turn.

Of course the editor down at the Gazette couldn’t have known to anticipate it before the last edition of the week on Friday. I was the first one out to the Barnell place with a mixed medley casserole. Serves ten. Twelve if you don’t spoon out big portions, and I knew it would be a small crowd at the house because the Barnells, bless their hearts, never had any children.”

“Bless Your Heart” is organized a little differently than most cookbooks. The chapters are different life situations that might call for just the right recipe: “Family Reunions”, “Church Potluck”, “Lending a Hand”, and “Tailgating” among others. The recipes are doable for even a novice chef and you won’t have any trouble finding all of the ingredients at your local market. They are pretty basic recipes for good ole southern cooking. I love the titles of the recipe along with the descriptions underneath:

“I Hope the Sermon Isn’t Too Long” Oven-Roasted Beef Tenderloin- You can put this dish in the oven when you leave for church and it will be ready to take out of the oven when you get home. That is, as long as you don’t have a long-winded preacher.

Deviled Eggs- Maybe the only time the devil is welcome in church.

They are moist with a little chocolate flavor and a luscious cream cheese icing. The icing has just enough sugar to make you feel the dessert is worth your while, but not enough to send you into a diabetic shock.

The acidic reaction between the vinegar, baking soda, and buttermilk helps keep the cupcakes light and moist. Don’t fill the muffin cups more than 2/3rds full because they rise quite a bit.

With its amazing red color, these Red Velvet Cupcakes are the perfect treat for the holidays! 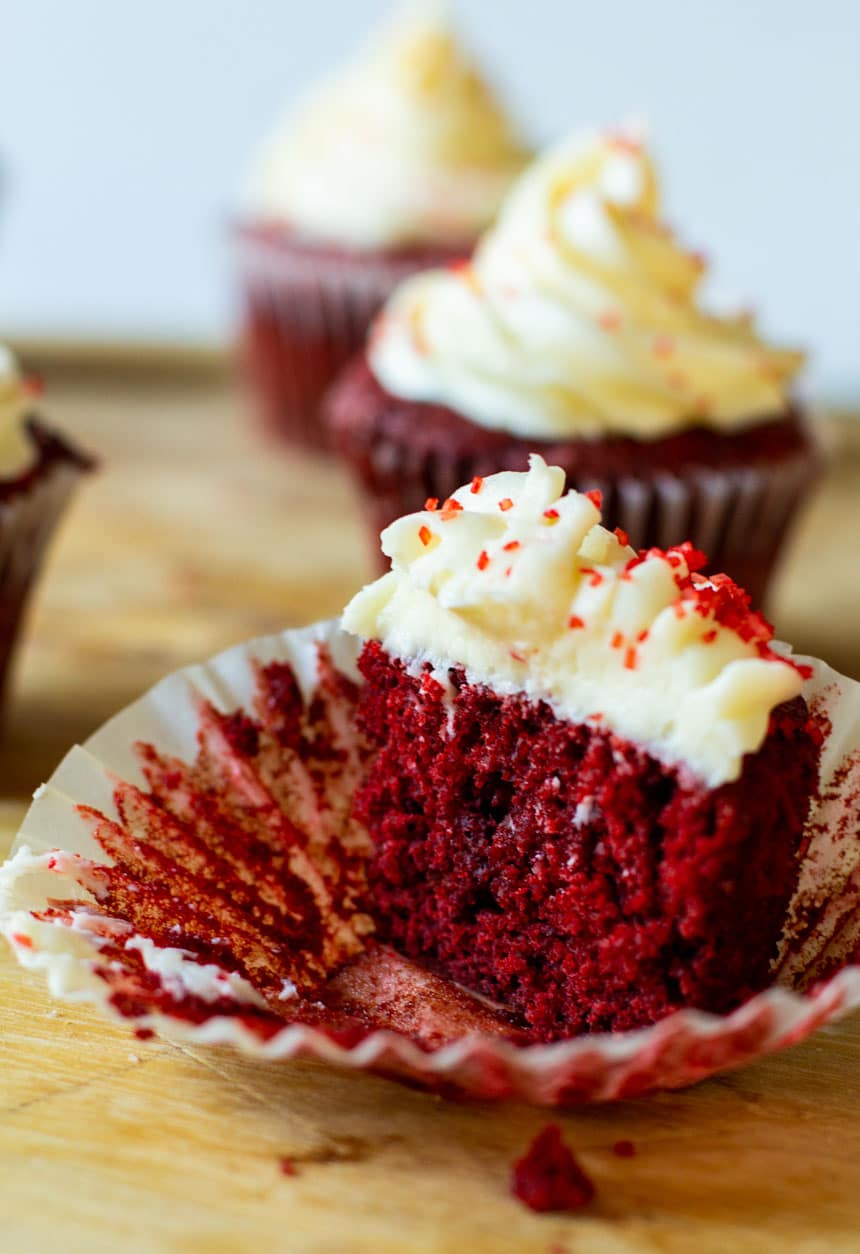 Try These Other Red Velvet Recipes:

Recipe Source: slightly adapted from Bless Your Heart: Saving the World One Covered Dish at a Time 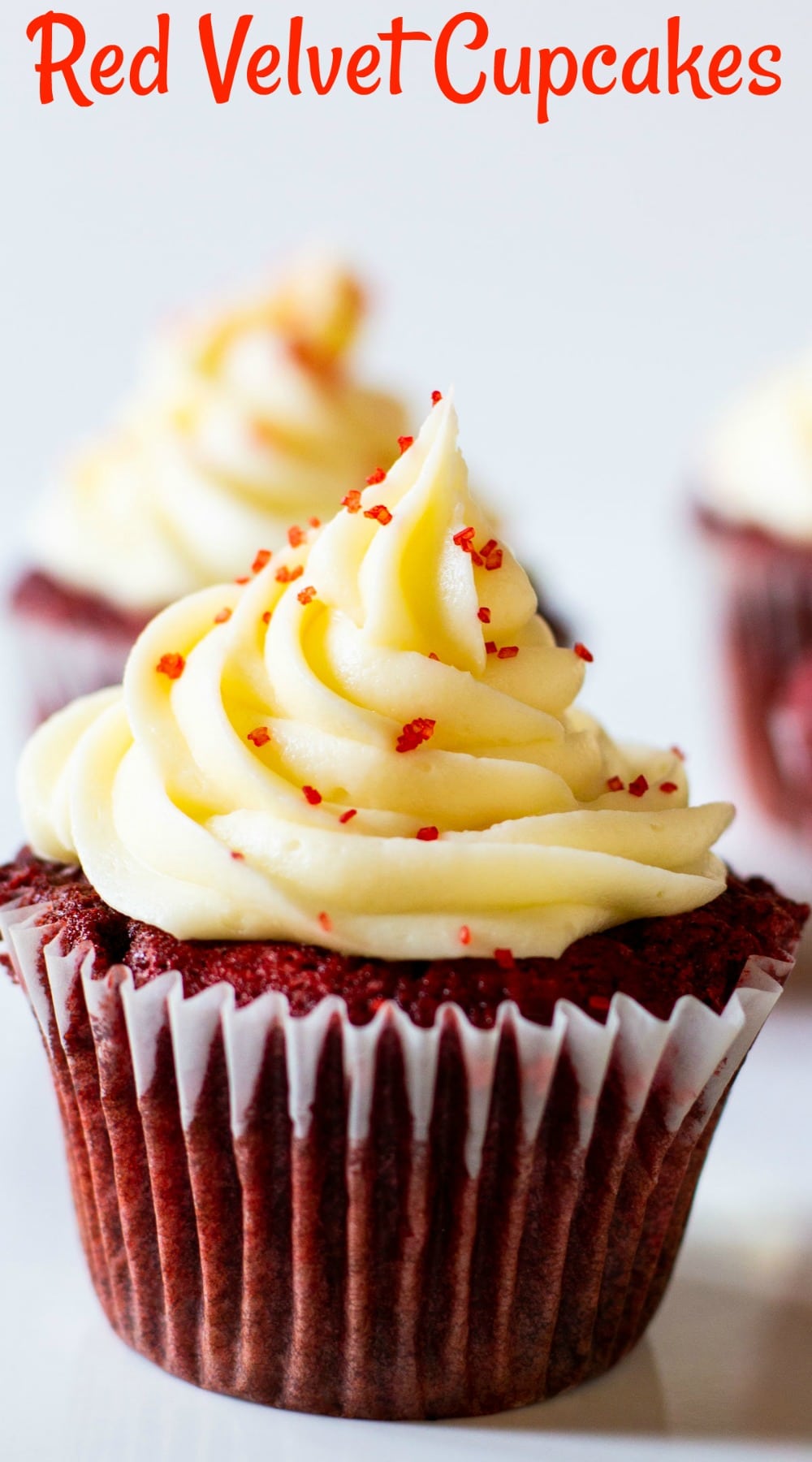