This Giant Cinnamon Roll is made from a soft and pillowy homemade dough with a pecan/cinnamon/brown sugar filling and a cream cheese glaze. Instead of making individual rolls, one giant roll is baked in a 9-inch pie pan. You get lots of that gooey, soft interior by baking it this way and it looks really impressive. 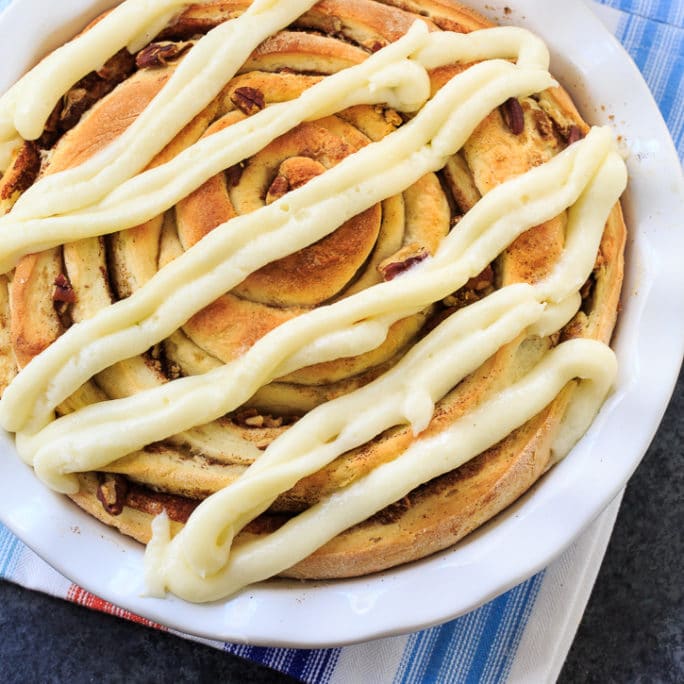 There’s nothing not to love about this Giant Cinnamon Roll. Bigger is better right? Plus a giant cinnamon roll means a giant gooey center. That’s my favorite part.

This Giant Cinnamon Roll is perfect for breakfast, brunch, or dessert. It’s super fun and kids will think it’s the most awesome cinnamon roll ever! 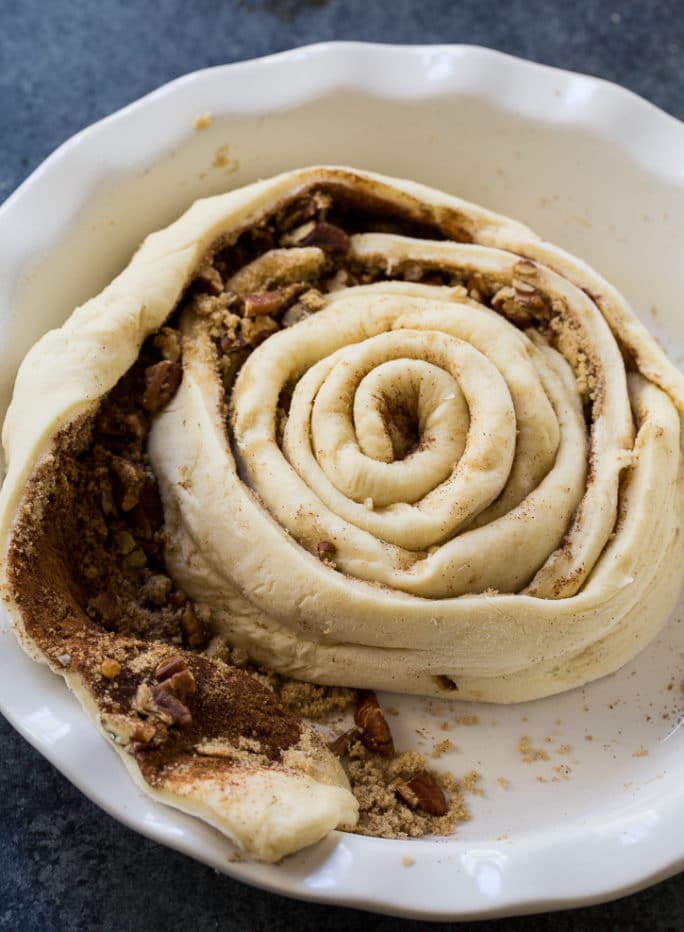 To make this Cinnamon Roll, the dough is cut into 2-inch wide strips. Starting at the center of the pie plate they are wrapped around each other. So easy! 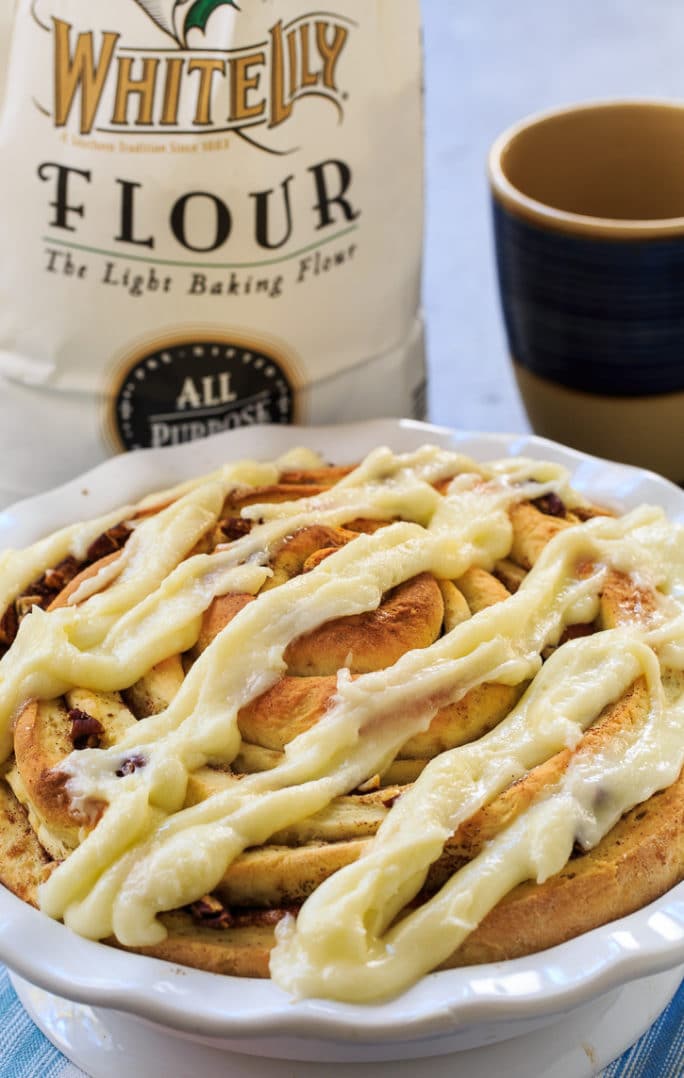 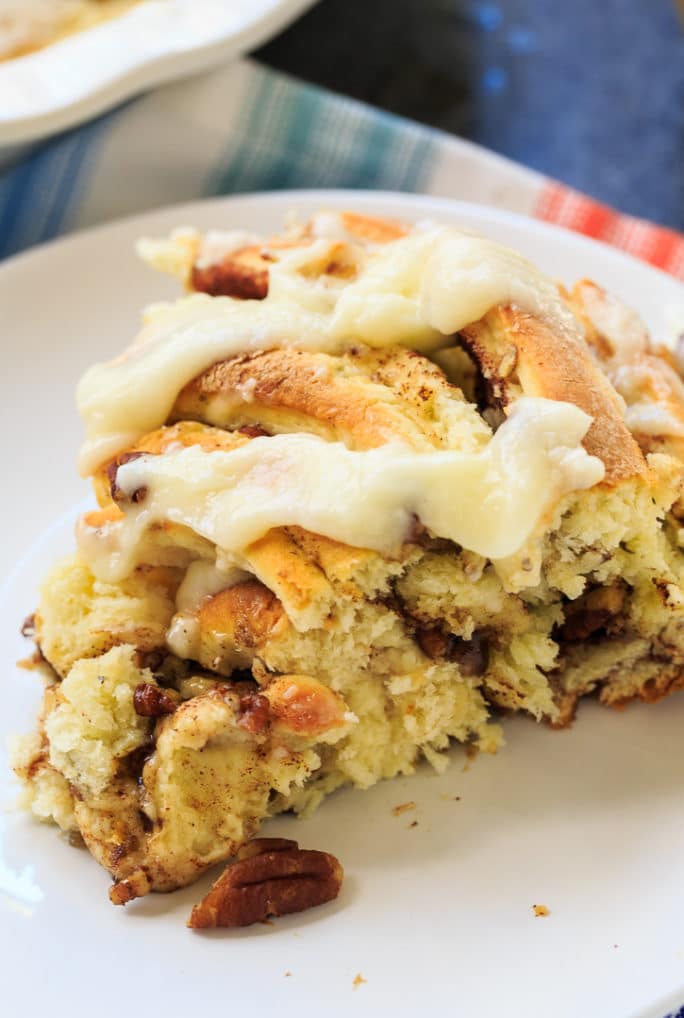 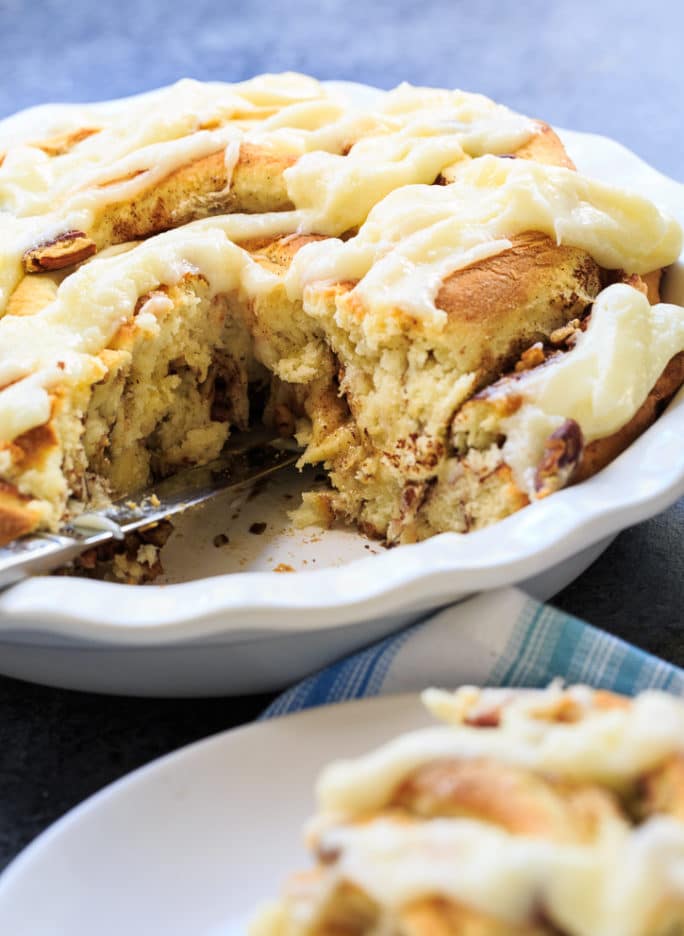 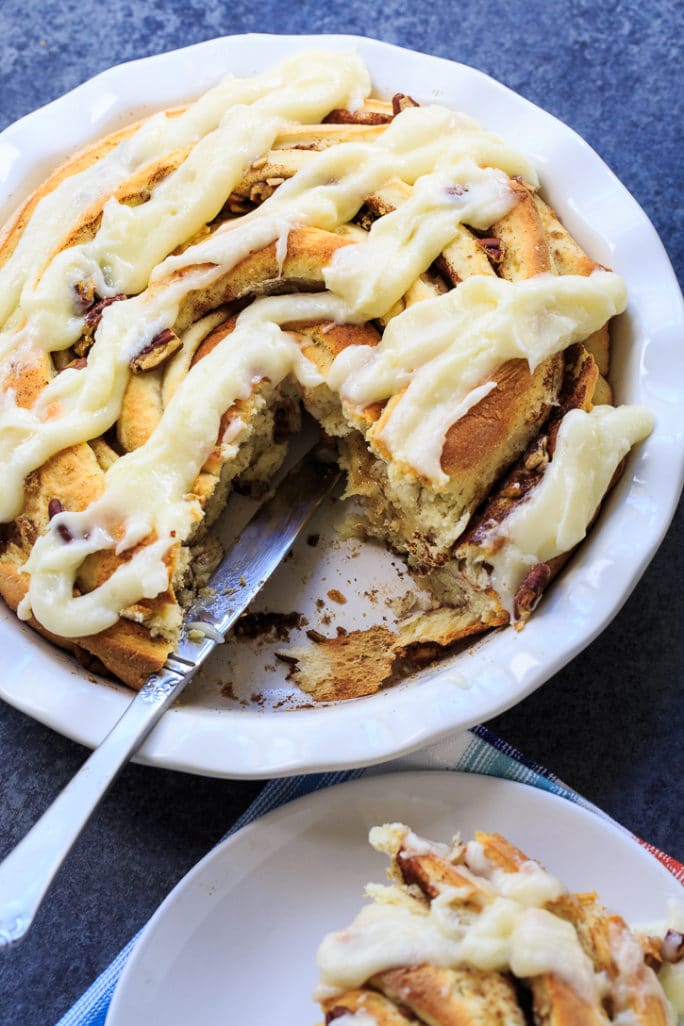 White Lily Flour– I love to use White Lily Flour for biscuits and pastries. It is made from a soft winter wheat and results in super soft and pillowy baked goods. If you don’t have White Lily Flour, you can use half regular all-purpose flour and half cake flour.

Pastry Cloth– makes it super easy to roll out doughs without any sticking.

Pizza Cutter– use it to cut the dough quickly into strips. 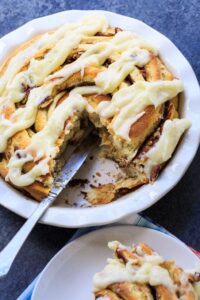 If you don't have White Lily Flour, use a mixture of half cake flour and half regular all-purpose fllour.

One thought on “Giant Cinnamon Roll”