Fresh blackberry puree is swirled into the batter of these cupcakes and used to make a buttercream to top them with. They’re beautiful cupcakes with so much blackberry flavor! 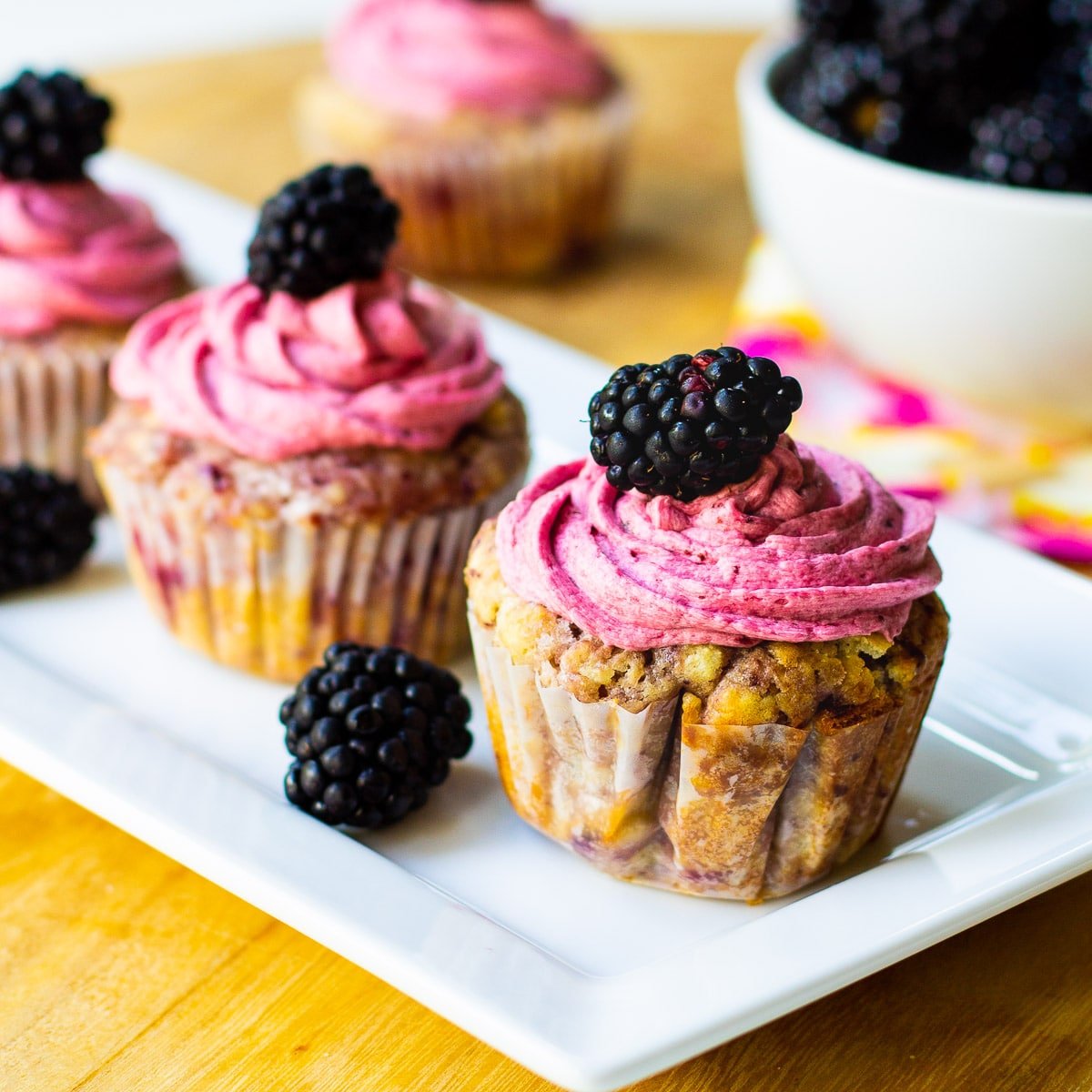 Gorgeous, plump local blackberries can be purchased at several local farms near us this time of year. While blackberries aren’t my favorite berry, I find them hard to resist when they are in season. Blackberries are an example of a fruit that when bought farm fresh is vastly superior to what’s available at the grocery store. They’re enormous and juicy and not as tart. 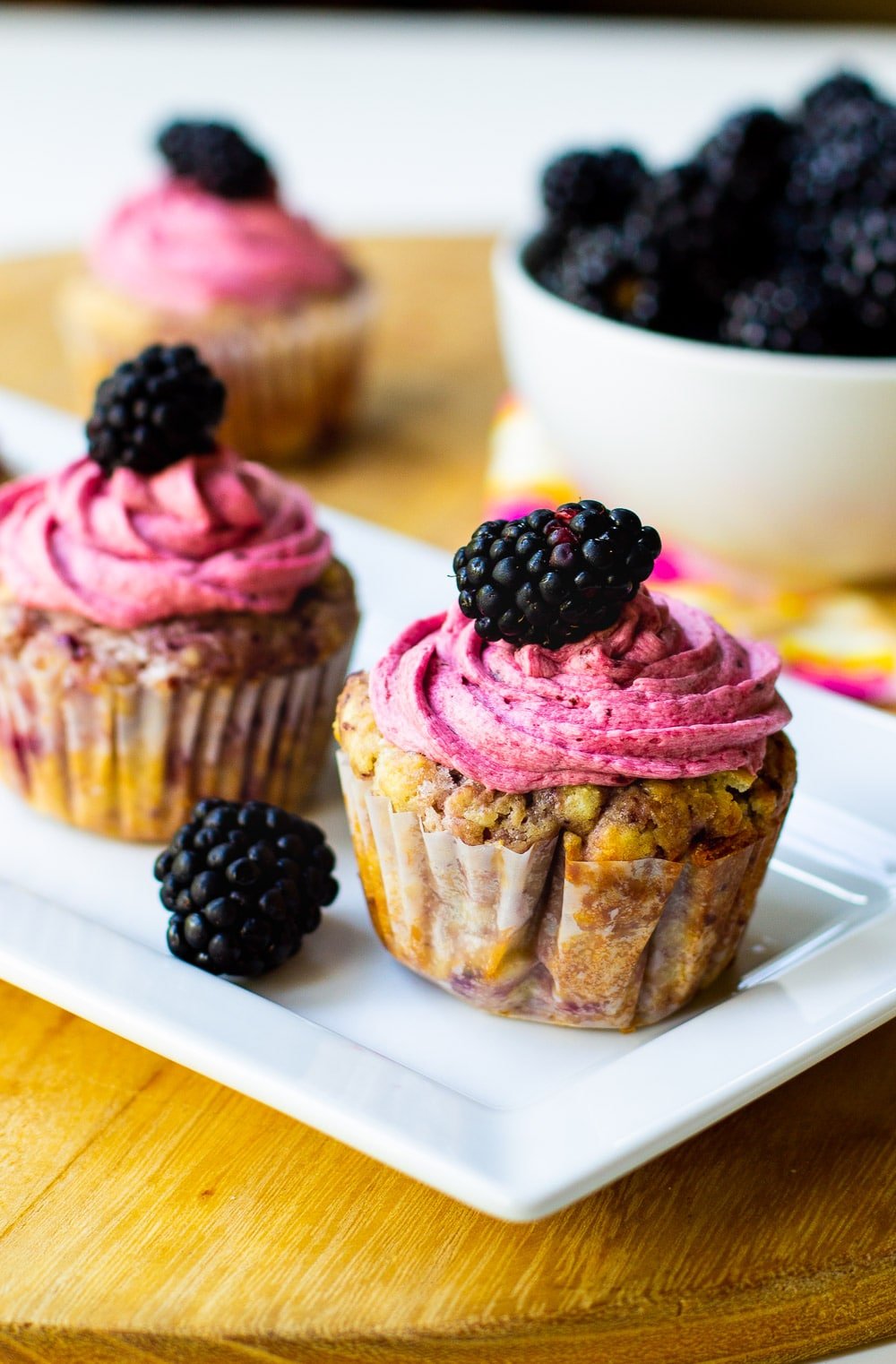 I find it funny how much I enjoy baking with fruits. As a child I wouldn’t eat any dessert with fruit in it except banana pudding. Fruits are also one of my favorite things to photograph. They hardly ever take a bad picture. 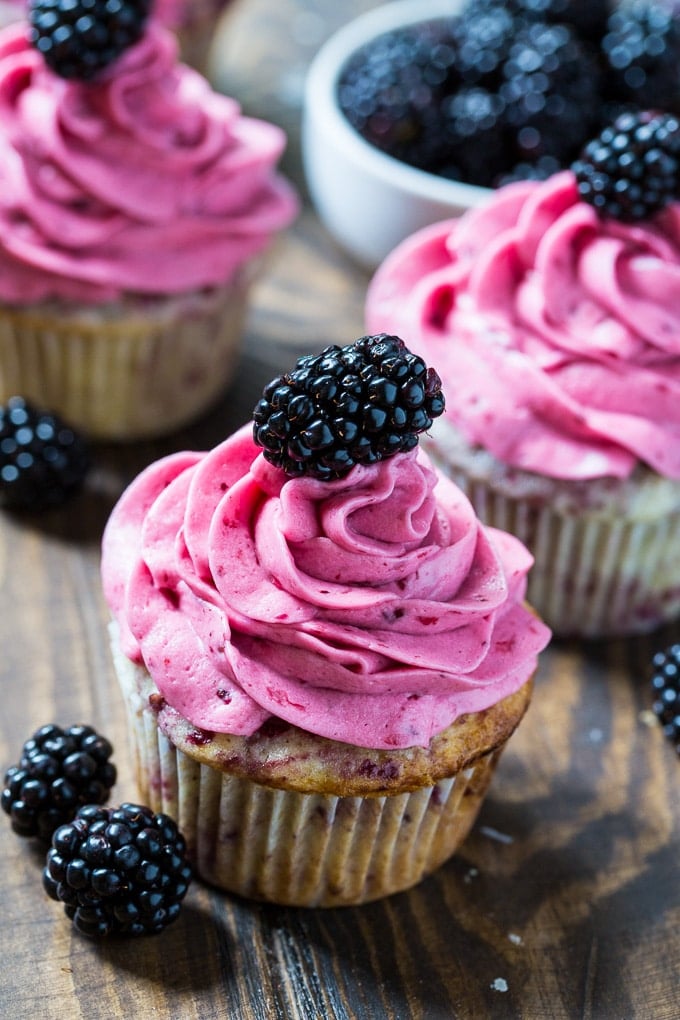 How To Make Blackberry Cupcakes: 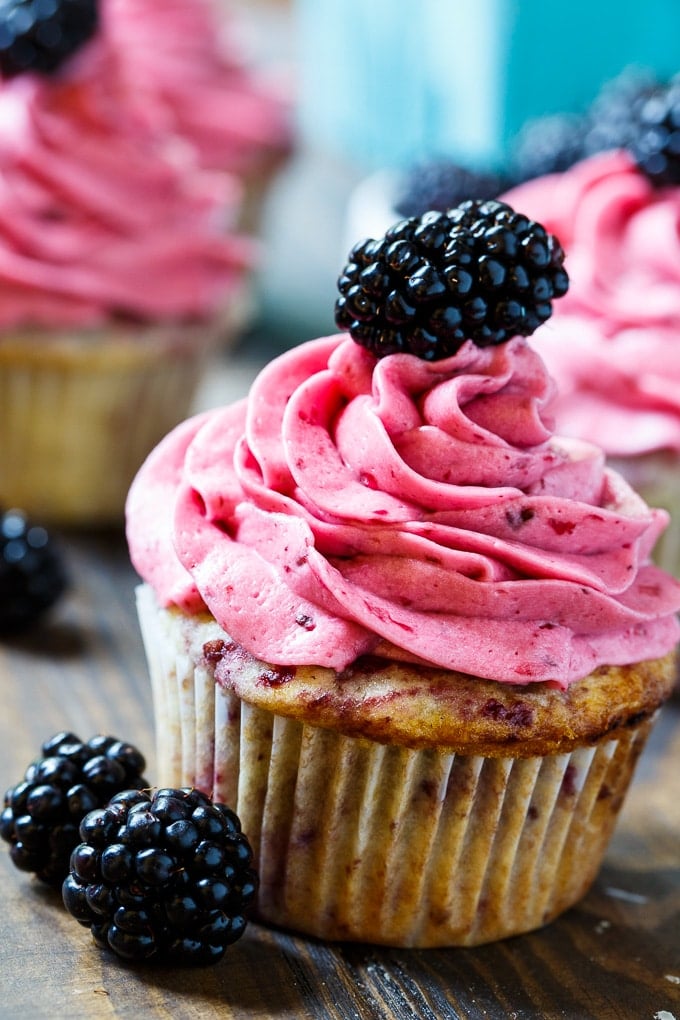 This Blackberry Cupcake recipe has fresh blackberry puree added to the batter and the buttercream frosting. A buttermilk-based batter is a little tangy and not too sweet and is the perfect complement to the blackberries.

Try These Other Amazing Blackberry Recipes: 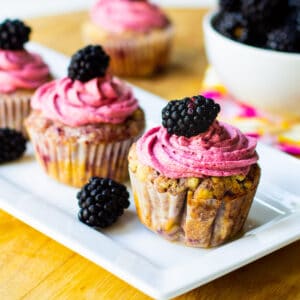 Source: adapted from Taste of the South 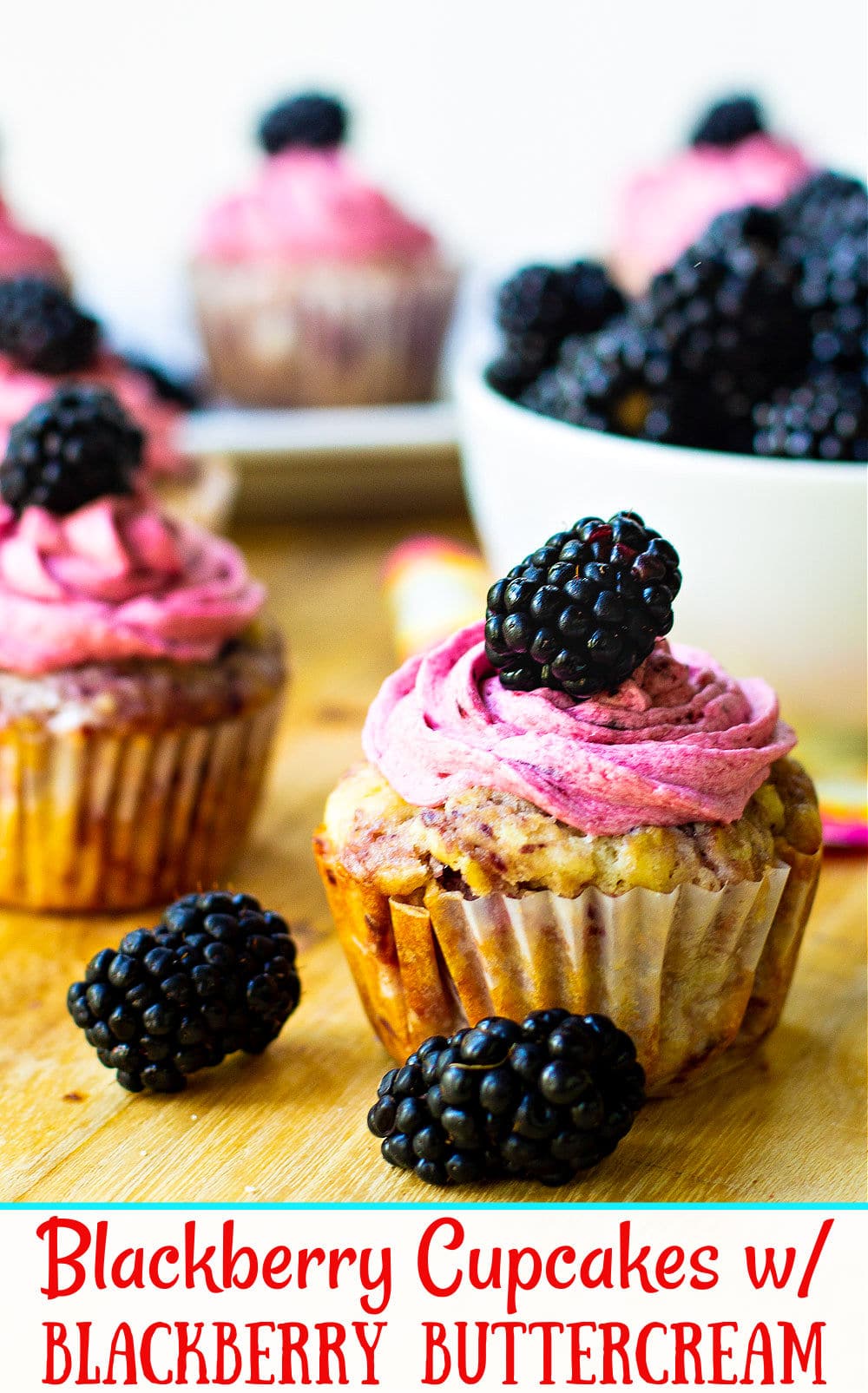