I mainly eat ice cream during the summer months, but I’ve got to tell you… this Sweet potato Ice Cream with Marshmallow Swirl and Candied Pecans is worth getting the ice cream scoop out during the fall months. With cinnamon and sweet potato mixed into a rich and creamy ice cream base, you’ll be wanting a third scoop on your ice cream cone! 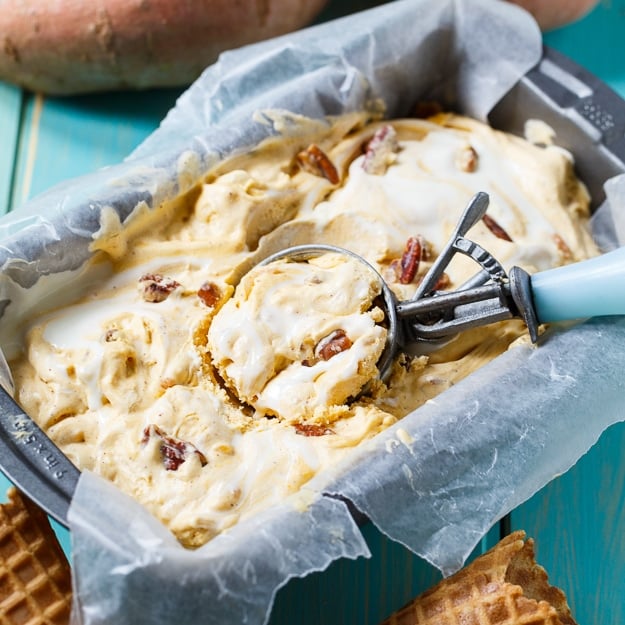 The classic Sweet Potato Casserole that makes an appearance on just about every Thanksgiving table, with marshmallows and pecans on top has made sweet potatoes, marshmallows, and pecans a combination that I crave. 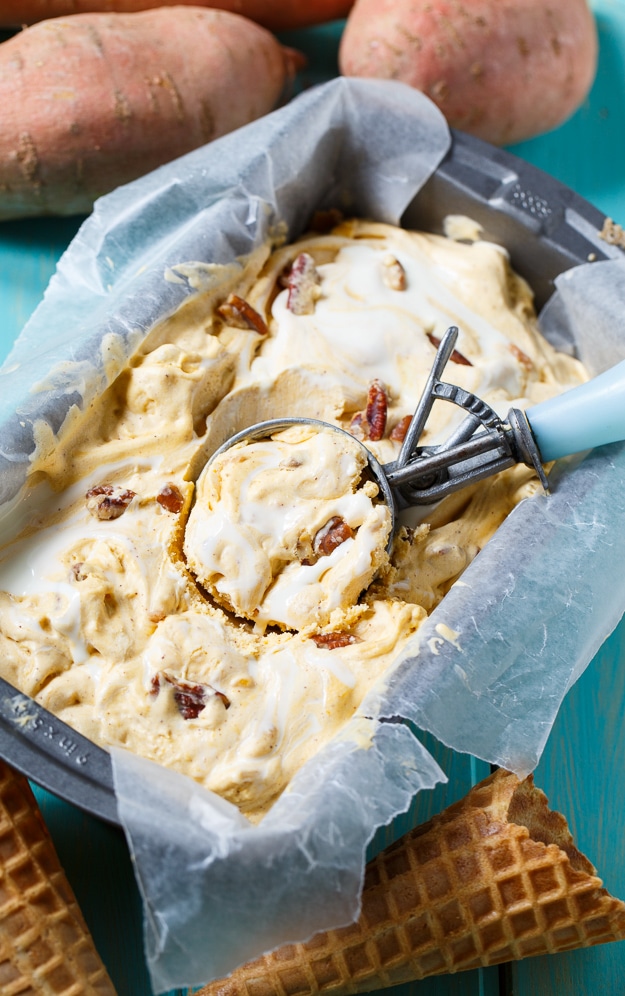 You have plenty of sweetness and some crunch too. 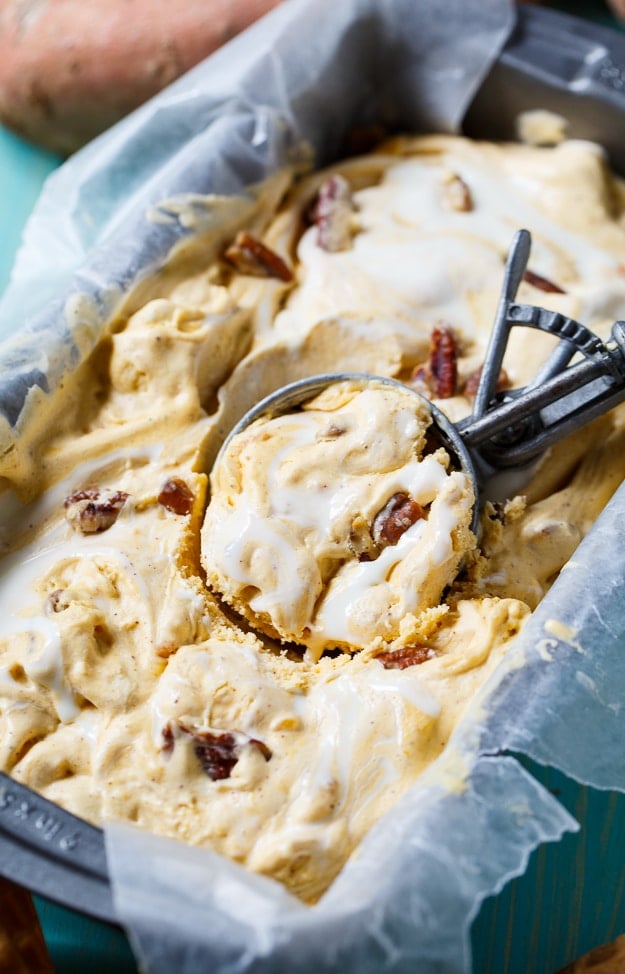 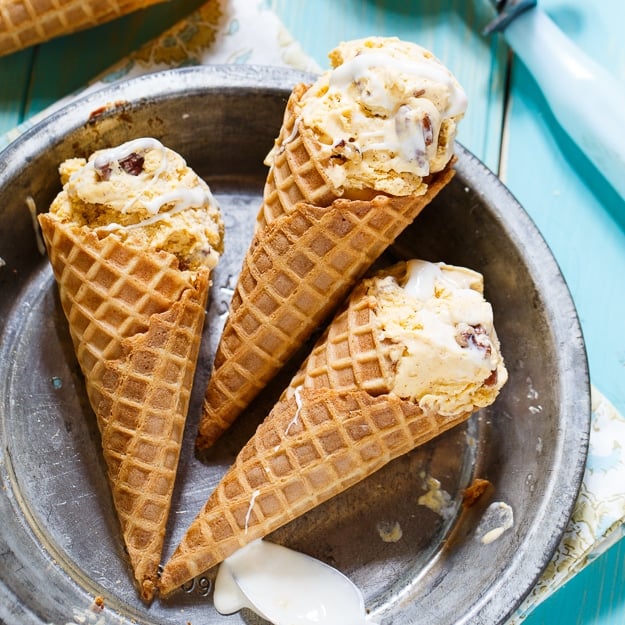 There’s even a  little cream cheese added to this ice cream for more creaminess.  🙂 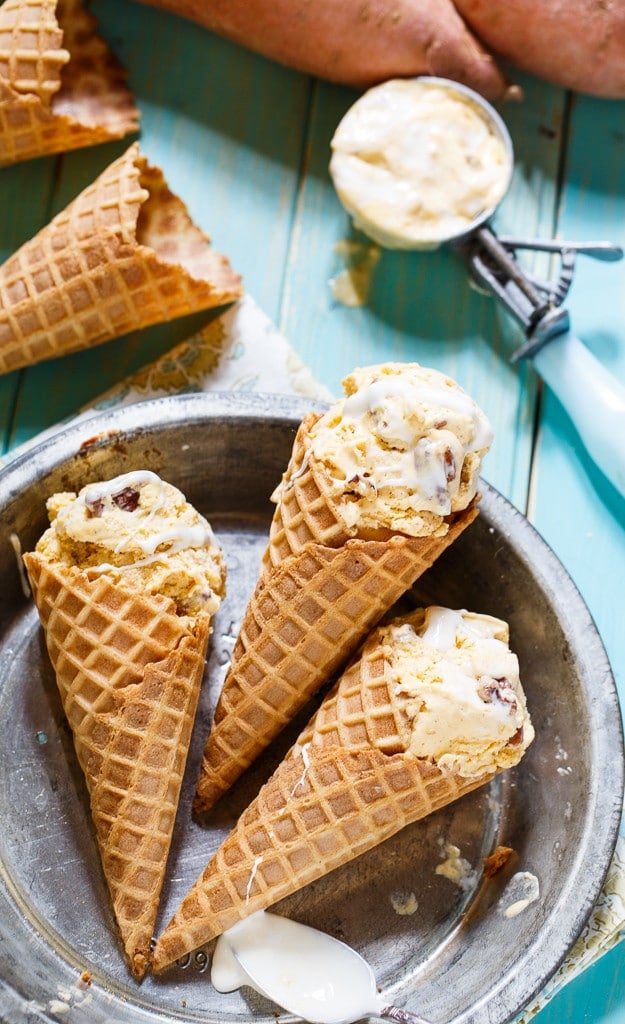 You’ll want to cook your own sweet potatoes for this ice cream. I haven’t tried it with canned sweet potatoes so I can’t comment on whether or not that would work. I bake my sweet potatoes in the oven until really soft. Let them cool and then the skin can easily be peeled off. You can put them in the food processor to get them really smooth, but I find mashing and stirring them really well with a fork works well enough.

You will need an ice cream maker. I use the Cuisinart Frozen Yogurt-Ice Cream Maker

and find it works very well. 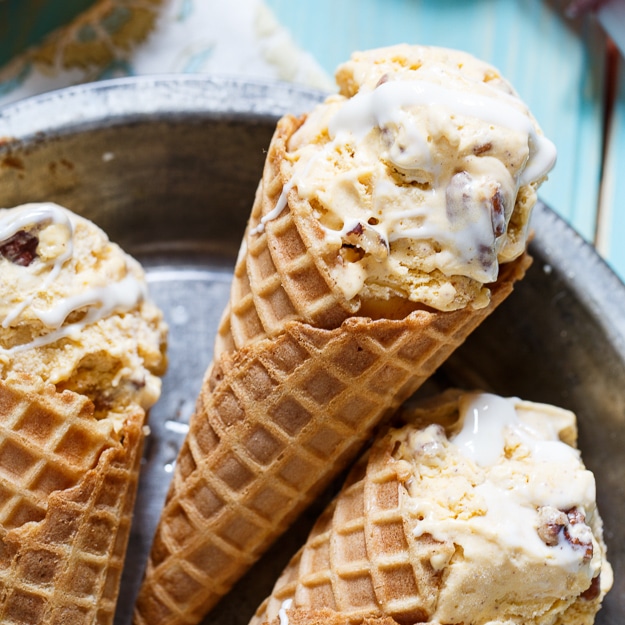 Recipe adapted from Taste of the South 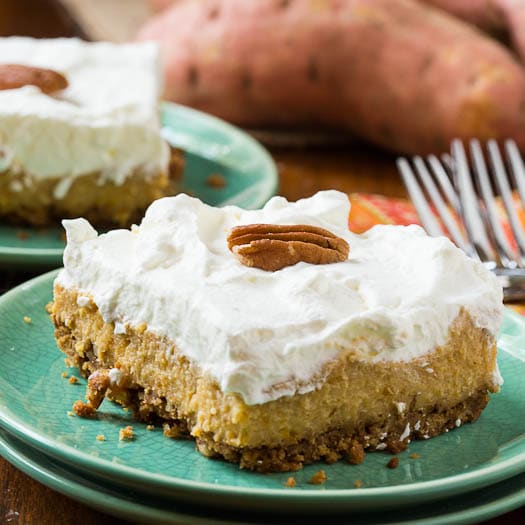 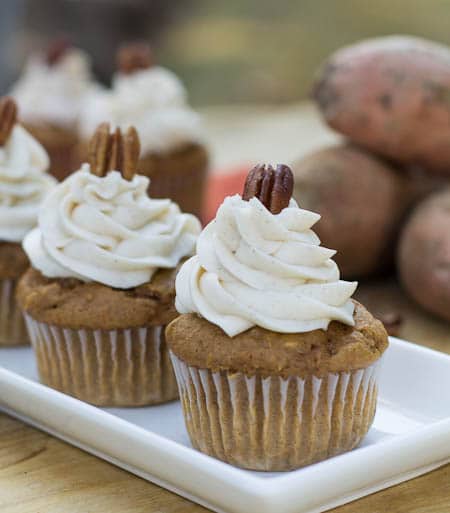