Dulce de Leche made in a crock pot is the easiest way to make caramel sauce ever. Only one ingredient needed – sweetened condensed milk. All it takes is 8 to 10 hours in the crock pot and you have dulce de leche that’s milky and smooth, much better than store bought. 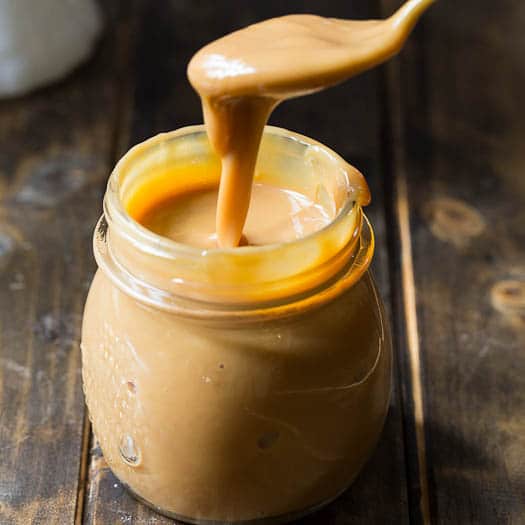 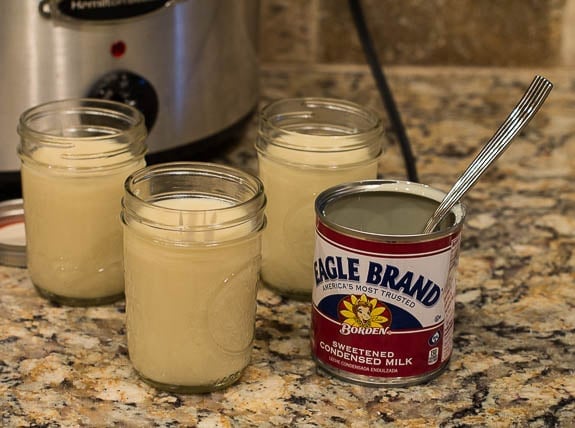 Screw the lids on tightly and place them in your crock pot. Cover with 1 inch of hot tap water, place the lid on, and cook on LOW for 8-10 hours. How easy is that? 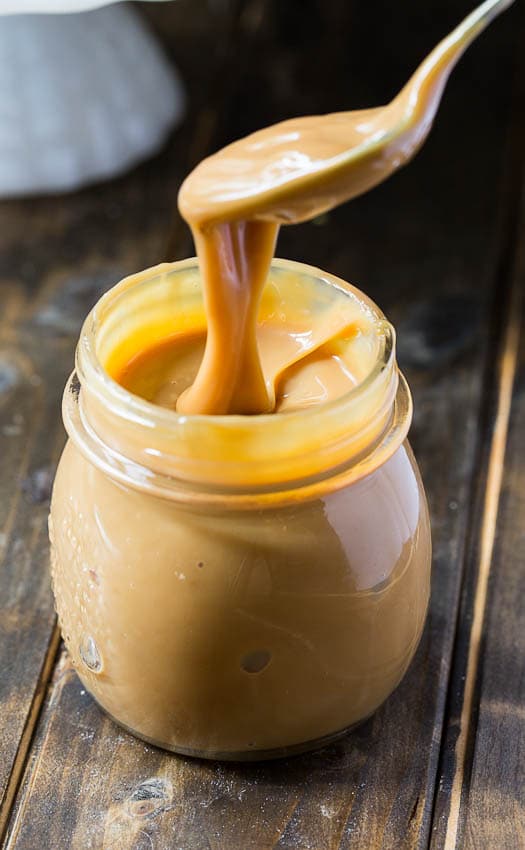 My jars were a little on the tall side and I could only get the water up to the top of the lid. I ended up cooking two of the jars upright and 1 on its side to  compare and they both came out perfectly. It is best to use mason jars that are short and wide like these Jarden Home Brands 1/2Pt wide Mouth Jar Canning Jars 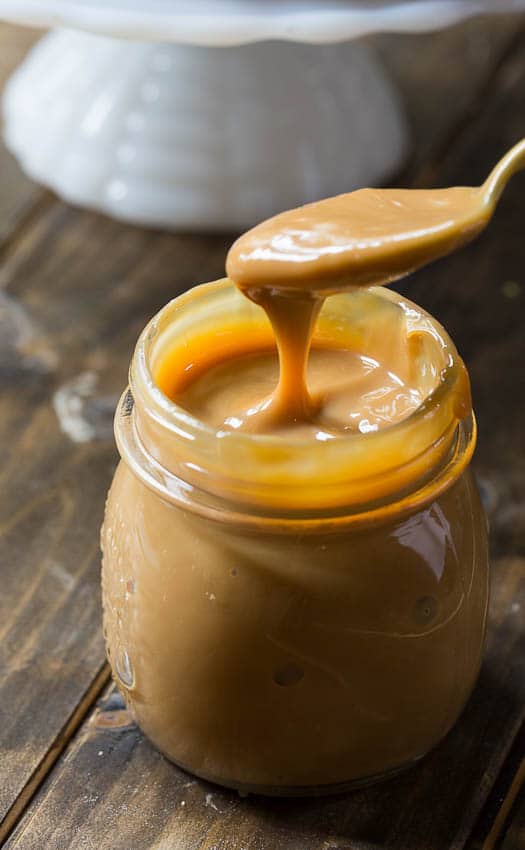 Cook them for 8 hours for a lighter, more pourable sauce and closer to 10 hours for a darker, thicker dulce de leche. I did mine for about 8 1/2 , but you can get the sauce much darker and almost custard-like if you cook it longer. 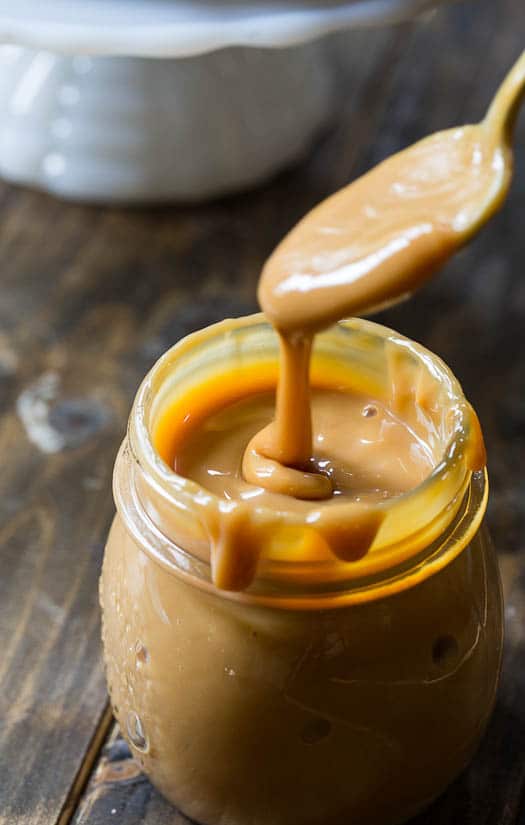 The jars should be cooled on the counter to room temperature and then stored in the refrigerator where they will keep for at least a few weeks. It probably won’t be long before it’s all gone though because Crock Pot Dulce de Leche tastes good on so many things. Use it on ice cream, cheesecake, or as a dipping sauce for fruit. Tomorrow I’ll be sharing an apple fritter recipe that it tastes wonderful with. 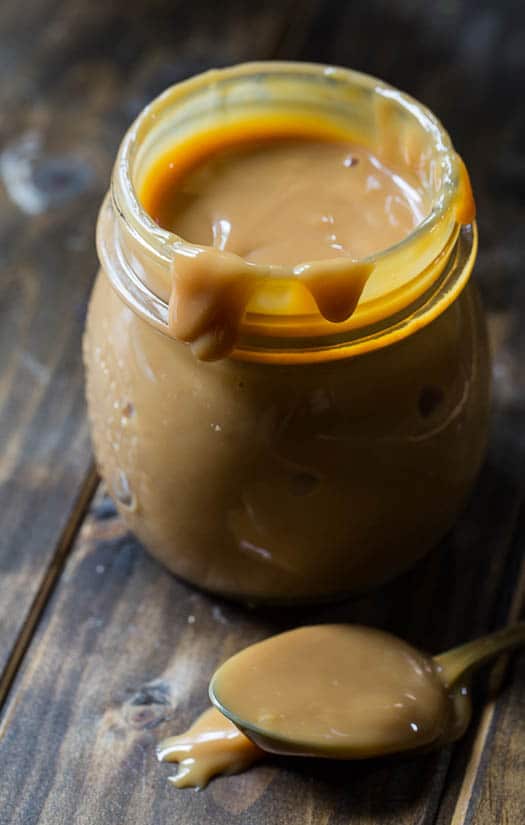 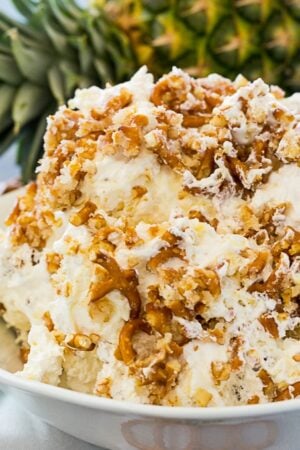 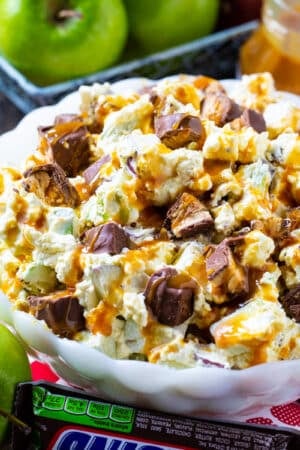 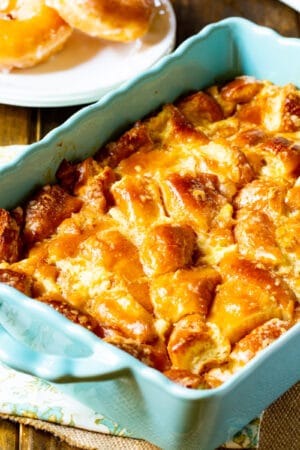